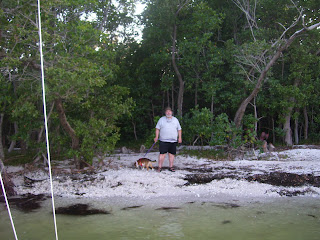 The original plan was to anchor out the first night, then get an early start the next day. The next morning, my wife’s fibromyalgia decided to act up. She didn’t feel like a marathon day of sailing. We hung around the island instead. I’m flexible. There’s worse things than lying on a beach in the sun.

Months ago I had an idea of sailing up the Okeechobee Waterway. Now I was told that nobody sails the waterway. Generally speaking, everyone motors it. Somehow, I thought I might try it. Well, it wasn’t going to happen that day. Between the current, wind conditions and traffic, the only way up would be to motor. 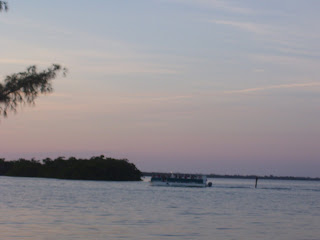 By the afternoon, she felt a lot better. Since the wind was favorable, we sailed up the ICW along the coast of Sanibel Island, rather than motor up the Okeechobee. Boat traffic was heavy, so we were constantly on guard. Outside the channel, the water is shallow, so everyone is jammed in the channel. In spite of that, we were sailing instead of motoring, so it was all good.

Because of our late start, the best anchorage was back at Picnic Island, so we headed back for another night. We were blessed with calm mild weather. Boat traffic disappeared. It was a beautiful night at the anchorage.

My lovely wife loves watching the distant lights reflecting off the water. I even pulled out my guitar and played for a bit. Sure beat the heck out of listening to the news. 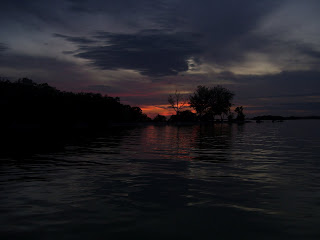